I took inspiration from Picasso’s famous painting “Woman with Pigeons” when I made this image of the bride on a ladder in St-Petersburg, Russia: 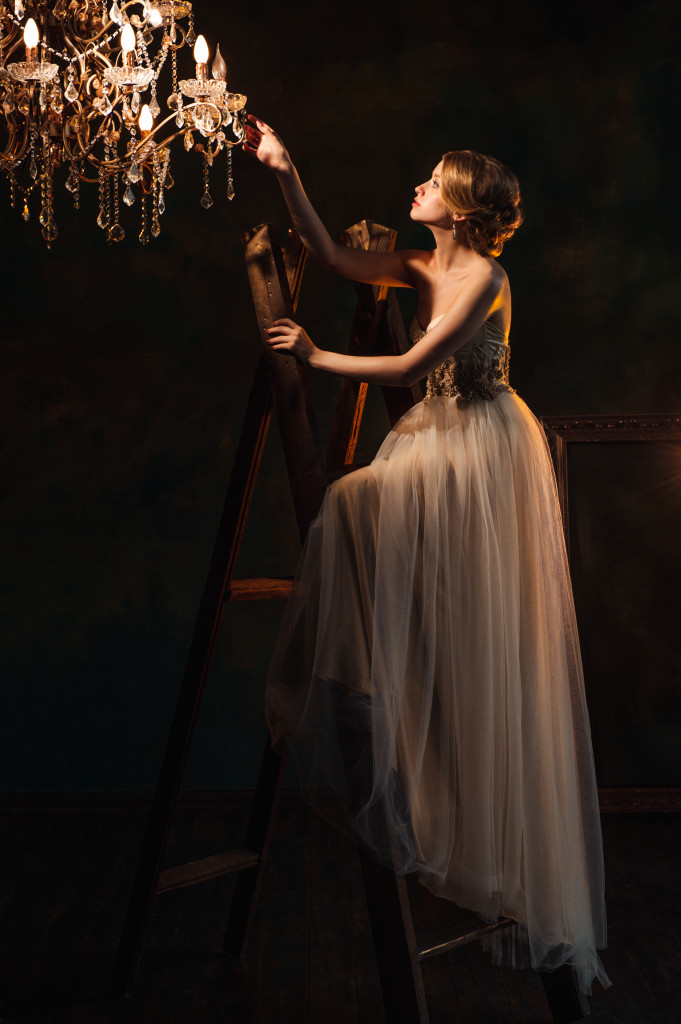 The shoot came about rather spontaneously as the bride casually took my direction to climb the ladder toward the chandelier. While it appears as though the bride is lit by the chandelier, in fact she is actually lit by a Phottix strobe set within the chandelier, and a second catch light fired simultaneously from behind.

Utilizing the chandelier in lieu of the pigeons in Picasso’s painting, I used two lights to create this image and the bride was wearing a gorgeous wedding dress from Dolce & Gabbana.

« Mother and DaugtherPortrait of the groom with flowers »

no comments
link to this post
email a friend