This is an award winning picture that scored over 80 points at the annual WPPI competition.

Here we see the bride and someone giving a speech, or rather, their shadows: 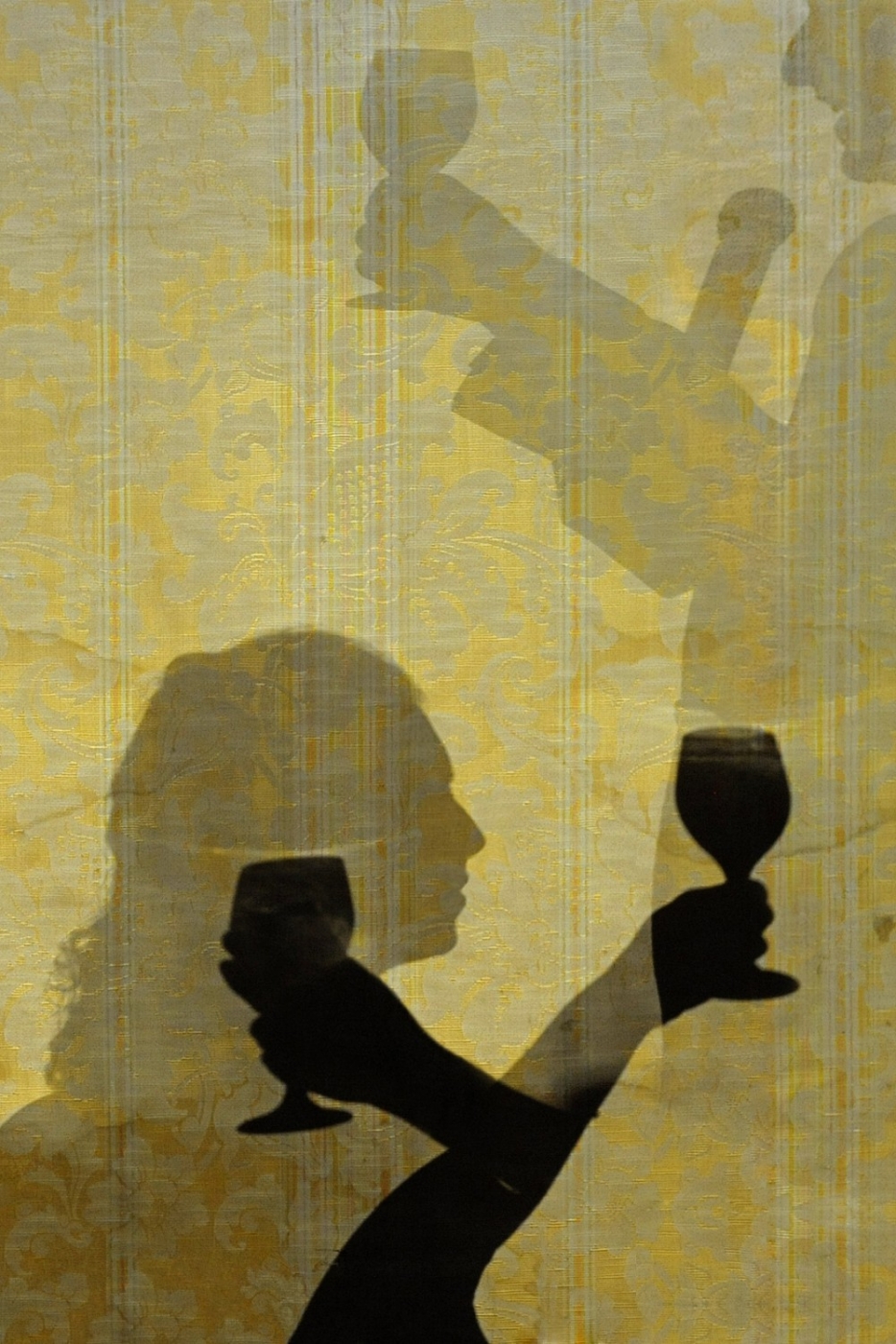 This was shot the night of the reception at Hotel Omni Mont-Royal in Montreal, Canada.

What’s interesting here is what happened was all these projectors from all over, from every angle, were lighting the subjects, and this is their shadows on the wall behind them.

I took a telephoto lens and I was actually hunting these shadows (because they were moving). It was like one of those old shadow theatres you might find a couple hundred years ago where people went to watch shadow dramas, like we watch plays today.

So this is what happened, I was hunting and I took quite a lot of images to get this one particular very interesting image. It was luck, I would say, but I was hunting because I knew this image was there and I kept hunting for it throughout the night until I caught this one, which is exceptionally great.

The pattern on the wall, which was the wallpaper behind them, adds to the whole thing and it’s almost a surreal image, I love it!

The theatre, the shadows, the things that you don’t know like who that is… It keeps you guessing and it’s almost creepy, but at the same time it is also very unusual and fascinating.

You may not know if it is a wedding necessarily, but you understand that it is a celebration of some sort and a happy one because the speaker is quite happy.

There is a three-dimensionality to this image because you have the black shadows in front and then further away there is the light shadows, which gives us a sense of depth, and I believe it is a rather unique image.

no comments
link to this post
email a friend